Tundra 2022 van !!! Hello and greetings to all supporters and fans of car news, it is also an update !! Have a nice summer day; We hope that this news is good and great !! Today, we are at your service with the news of the unveiling of Toyota from the Tundra 2022 van with a hybrid engine Do not move after Jatun and stay with us until the end of this news !!

Toyota has unveiled its latest product that runs on a hybrid engine. Named the Tundra 2022, it uses a modern dual-fuel petrol and electric engine called the V-6 instead of the conventional V-8.

The U.S. pickup market is dominated by Detroit-based American automakers such as Ford, yet Toyota has in recent years been able to compete with American products by selling more than 100,000 vans a year. However, the Ford Motor Company is the market leader in this category of products with annual sales of about 800 to 900 thousand F-150 vans in this category.

Toyota officials say the new Tundra engine can produce up to 437 horsepower, which is 56 hp more than the previous model engine and 45% more efficient than the 2021 Tundra. The load capacity for this model is up to 880 kg and the towing capacity is up to about 5.5 tons, which shows an increase compared to last year’s model.

“We have taken a new approach to developing our Tundra 2022 trucks, so we have had to rethink a lot of what we have done before,” said Mike Sawyers, senior vice president at Toyota Product Development. In recent years, the world’s major automakers have increasingly begun to use electric motors in their products. 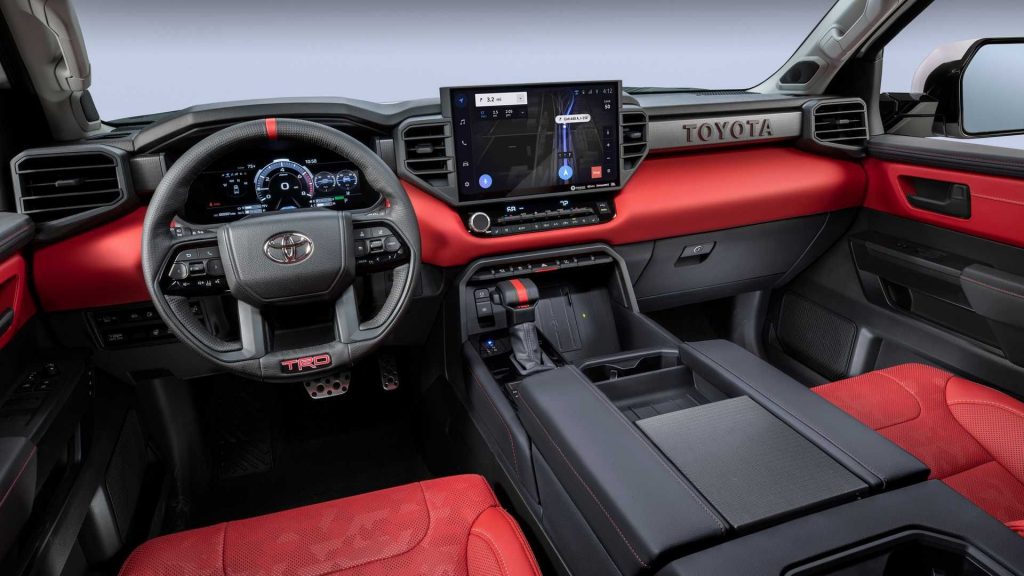 Car market analysts say buyers of pickups and long-wheelbase vehicles have become more popular in recent years than hybrid engines. Ford has been able to gain a significant share of the car market with its hybrid engines, which it calls the EcoBoost. According to Toyota, in the design of the new van, a 14-inch touch screen has been placed in front of the dashboard, and in addition to an auxiliary system for the driver, an intelligent information and entertainment system has also been added.

Toyota has not yet announced the price of the new Tundra 2022 and its fuel consumption. However, it is said that the initial price of this car varies from $ 34,000 for the base model to $ 50,000 for the Pro (professional) model, and the fuel consumption of this model in the city is 1 gallon (about 3.7 liters) per 20 kilometers. And on the freeway it is estimated at 1 gallon per 27 kilometers. The Tundra 2022 is expected to launch later this year

Thanks for reading Tundra 2022 pickup; You were with us until the end of the news about the unveiling of Toyota from the Tundra 2022 van with a hybrid engine. To be informed and informed about the daily news related to the automotive industry and field and all the related margins, it is also updated and continuous; follow us. We hope you are happy; Be smiling and full of food… !! In the shelter of the right .. !!!

Thank you for being with the Rentauto car rental company until the end This article; Car import; Wait for an article more scary than us (: