Jack J7 electric car …!!! Hello and don’t be tired, to the listeners and fans of car news, it is also of the latest type!! Good and happy beautiful summer day; We hope that every one of you will feel good about this news!! Today, we are at your service with the news of the launch of Kerman Motor’s Jack J7 electric car in China… so don’t move and stay with us until the end of this news!!!

The JAC Sehol A5 Plus car is a city sedan produced by Jack Company in China and after being introduced in 2021 in Shanghai, it came to Iran in 1401 by Kerman Motor, now Sehol has unveiled the electric version of its product called Sehol Aipao. Is. Sohool Aipao is a compact electric sedan under the Sohool brand from Jack Group. The Sehol Aipao was launched on the Chinese car market on July 28, and its price starts at RMB 130,000 (Renminbi), equivalent to $19,000.

Sohol is a sub-brand of JAC which was established in 2020. Originally called SOL, the brand was created as a joint venture between Jack and Volkswagen with the aim of building affordable electric vehicles based on Jack’s developed platforms. So far, the joint venture has released only one car, the SOL E20X, based on the Jack J7 electric car. Volkswagen then changed its mind and decided to buy a majority stake in the joint venture and use it to build Volkswagen-branded cars on its MEB platform.

The joint venture was renamed from Jack Volkswagen to Volkswagen Anhui. Anhui is the city where this factory is located. This means that there is no longer any use for the SOL brand. After these changes, Jack took it over and renamed it Sehol, and the Chinese name, Sihao, remained the same. JAC then started to sell passenger cars under the brand name Refine and Jiayue under the brand name Sehol; Both gasoline and electric, which currently offers 9 car models. Sehol Ipao 5.jpg QX, X8 and X7 are gasoline SUVs. 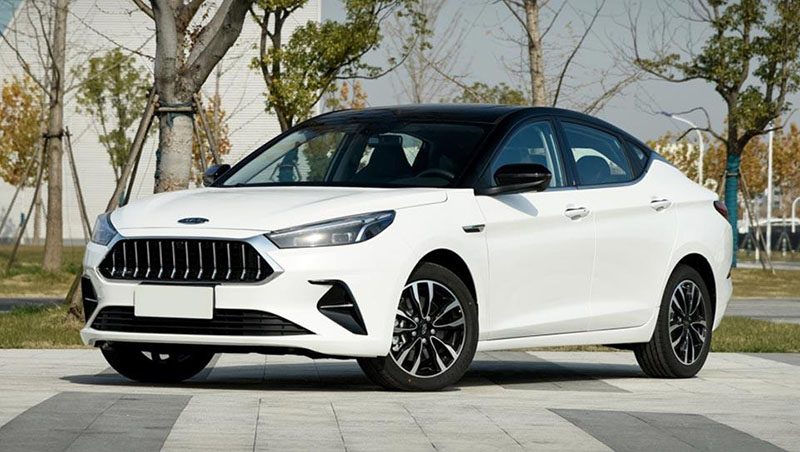 The X5 is a petrol crossover and the A5 is a petrol sedan. The E10X is an electric small car, the E40 is an electric crossover based on the X5, and the E50A is an electric sedan based on the A5. Sohool recently unveiled the Yao, a sporty petrol sedan based on the A5. Sehol Ipae. And Ipao means “running” in Chinese. Sehol Aipao is based on gasoline Yao and electric E50A. The size of the car is 4770/1820/1510 mm with a distance between two axles of 2760 mm. The electric charging port is located on the front fender of the car, the front fascia has a fake grille design. Narrow and long headlights are connected on both sides by a light strip. V-shaped four-spoke rims as well as the fastback design have created a sporty look for the car.

Thank you, dear ones, for reading this news about the Jack J7 electric car until the end. You were our companion and supporter as much as possible. This is the release of Kerman Motor’s J7 electric car version in China, which I hope you enjoyed reading… to know and be informed about the news of the automobile day; Follow us daily and continuously… your heart is happy and your lips are smiling…

Thank you for being with the Rentauto car rental company until the end of the article ; Wait for an article more scary than us (:

To know BMW new series ; Click on the link